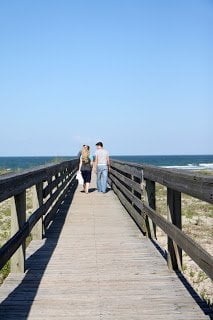 Two people set out on a journey of heart, soul, and spirit. They were
intent on discovering GREAT treasure together. They weren’t exactly sure
what it looked like or where it was to be found. Neither of them had
ever been there before so they didn’t know the path. Their sense of
direction wasn’t always flawless either. Sometimes there were wrong
turns and sometimes there were u-turns. Sometimes the path opened up
onto breathtaking vistas that seemed to extend to eternity itself.
Sometimes the fog rolled in and the path was hard to see. Sometimes they
left the path, following things that ended up not being treasures at
all. At times their hearts were carefree with simple joys. That made the
time pass easily. They’d share insights on the journey – encouraging
one another with hopes and dreams and laughter. At times they barely
spoke, keeping their thoughts to themselves, not sure they had anything worthwhile to say. Sometime they lost sight of each other, and that made them frightened. 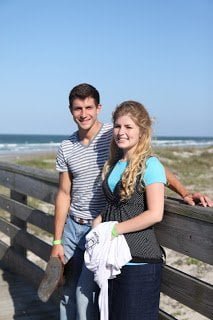 But
they’d quickly run to find each other because they didn’t like that
feeling of going it alone. There were lots of things they didn’t
understand about this journey, but one thing they did know….IT WAS
MEANT TO BE SHARED. After a long while, which also seemed pretty short,
really- they realized the treasure they were looking for was not
something to be found ‘out there’. It was in the journey itself. It was
the gift of being known…the contentment of shared faith…and the quiet
satisfaction of knowing God was binding their hearts together inspite
of themselves. This priceless treasure of just being together, being
loved, was all their hearts wanted in the first place. I hope you know
that, no matter what, i can’t imagine this journey without you by my
side. We’re on the right path, God’s path, and with Him beside us, we’ll
come through together.

Please keep Erin and I in your prayers as we continue to wait on the Lord and grow closer to Him and each other! I hope to post about a Florida trip that I took with Erin and my family to visit my Grandparents! Will post soon! =)  ~ hf….always <3<3 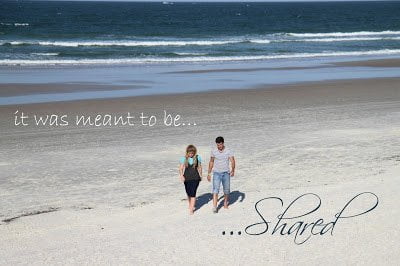