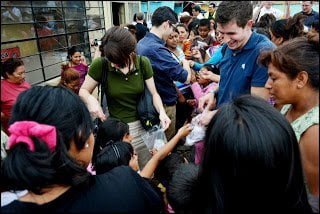 Since arriving back in the states, I still don’t believe that I have been able to take in  the things that God did on this trip to Peru completely yet. And yes…HE did wonderful things!
I am thinking back over the week that we spent in Lima. So many memories and thoughts come flooding back about all that I had seen and experienced. The empty stares of people who were living without Jesus…the joyful expressions of the children that greeted us…the tears shed…the hands that reached out to grab and take hold of the gifts that we offered…the questions…the people that made decisions to follow Christ…the tracks that were passed out…the earnest, heart-felt prayers of each of the team members…the extreme poverty…the signs of a society that was without God…and the list goes on and on. These will forever be etched in my memory as a time that God opened up a wonderful door of opportunity for me and a group of young people. 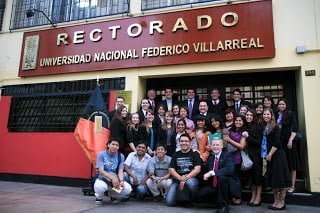 A verse kept coming to my heart throughout this trip that I have known by heart for many years. But it took on a whole new meaning when I went down to Peru.

“And seeing the multitudes…” ~ Matthew 5:1 ~
Jesus saw people in a way that I have never seen people. When He saw the people, He had a compasion and a love that was so great that it took Him to the cross!
“And Jesus, when he came out, saw much people, and was moved with compassion toward them, because they were as sheep not having a shepherd: and he began to teach them many things.”
~ Matthew 6:34~
I had that burden and desire on this past trip, to see people like Jesus saw them. Going into some of the poorest areas that I have ever been in opened my eyes to a new level of understanding to needs that people have…true needs. I was humbled. I have so much. 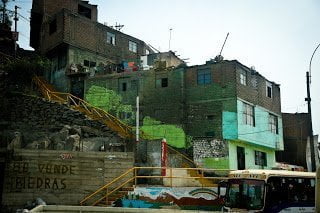 Probably the highlight of my trip was a time when we were able to minister to a group of poor people outside a large shipping port. I can still remember how the people thronged us and reached out to receive the gifts that we had to offer. When the gifts had been given I was able to share with theses women and children, that totally surrounded us, about the free gift of salvation. I was also able to share about how and why it is important to be free from bitterness. I was so blessed as I watched the faces of those listening as I continued to share. Many were deep in thought and weren’t so concerned about receiving something, but were pondering the things that were being shared.
It was awesome! 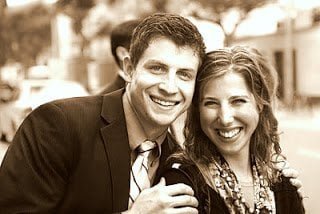 Coming back to the states I have a new desire and resolve to share with the people of America about the glorious gospel just as we did in Peru. I want to be free of any fear of man and be willing to share with anyone, because in light of eternity, being rejected or mocked for sharing the gospel is nothing!
My heart is full…and there is much more I could share. I wasn’t able to take pictures like I would have enjoyed because my job involved shooting video during the trip…=) So I will hopefully be able to share some pictures that others took of the time soon!
Thank you so much for your prayers!…God faithfully answered just like He has always done!
Be blessed today!